DDoS protection for your business 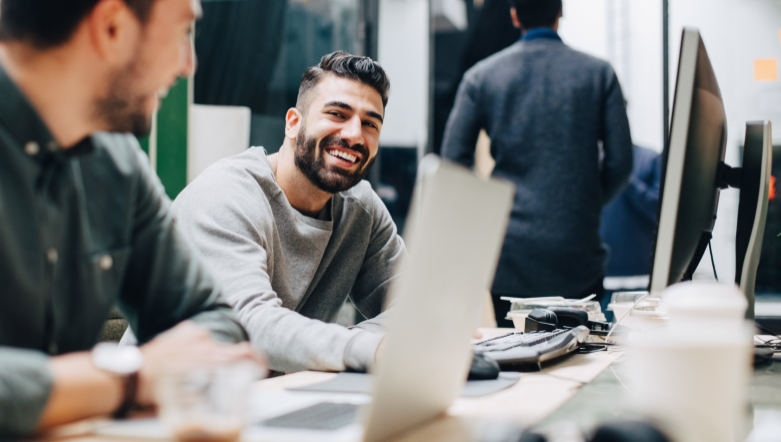 The workforce as we know it is has changed to a hybrid structure. Some employees have returned to the office while others remain at home.

Employees working from so many different places on their personal devices are a challenge for robust cyber security. Businesses no longer have visibility into the network their employees connect to; they suddenly have an increased reliance on VPNs, firewalls and load balancers to make up for these new weak spots. There are many risks that come with these weak spots, but DDoS attacks are one of the most predictable.

A Distributed Denial of Service (DDoS) attack targets a server and overwhelms it with an exorbitant amount of traffic — well beyond what the server can normally handle. The attack causes a “traffic jam” that prevents the server from performing normally, causing it to go down.

A business’s server becomes a much easier target when there’s a lack of network visibility.

How can you protect your business from an attack in an age when employee networks lack visibility?

Why do DDoS attacks work?

DDoS attacks work because they take advantage of exploited devices, like computers or smartphones, that have been infected with malware. The malware allows these devices to be controlled remotely and creates a botnet.

Each infected device becomes a “bot” in the botnet. The attacker can use these bots to target a specific IP address and overwhelm it with malicious traffic. The result is a “denial of service” for normal traffic.
How to identify DDoS activity
A drastic slowdown or halt in a network is the most common symptom of a DDoS attack. Your browser or other programs often take an unusually long time to load or may even give you an error message.

To find out if what you’re experiencing is, in fact, a DDoS attack, there are some telltale signs to look for. Traffic analytics tools can help identify network traffic and where it originates from. Malicious traffic will often originate from the same IP address, and the traffic itself will share the same characteristics, like:

DDoS traffic will often display unusual patterns such as spiking at random hours of the day or spiking every few minutes.

The most common types of DDoS attacks

DDoS attacks come in all shapes and sizes, each with a different attack vector, but usually fall under three categories:

In the open systems interconnection (OSI) model a network connection is divided into seven different layers. Each type prioritizes attacking a specific part of your network connection layers. The application layer is the top-most layer. This is where your device applications can access your network. DDoS attacks happen in the application layer because the difficulty of identifying traffic makes it hard to defend. Malicious traffic overwhelms the target by exploiting this weakness and creates a distributed denial-of-service.

Protocol attacks happen at layers three and four by overwhelming network protection like firewalls, leading to a distributed denial-of-service.

Most people are familiar with volumetric, or flood, attacks. These attacks create a large influx of traffic to consuming all bandwidth between a target IP address and the internet itself. These attacks are usually caused by botnets like the ones mentioned earlier.

The main strategy for stopping a DDoS attack is identifying the difference between normal and malicious traffic. This can be very difficult because a DDoS attacker will try to blend in with legitimate traffic as much as possible. To make identification more difficult the attack can come from multiple sources.

There are ways of stopping these attacks that don’t involve entirely cutting off traffic from your network. DDoS attacks can be complicated with many layers to them; protecting your network with a multi-layered solution is an effective solution.

Rate limiting sets a limit on how many requests a server can accept over a specified time period. While rate limiting can slow down an attack and stop data from being stolen, it isn’t completely effective on its own. It’s best used in tandem with other DDoS mitigation strategies.
Web Application Firewall

Web Application Firewalls (WAF) are used to stop application layer DDoS attacks. They’re lodged between the internet and the server to protect the server from malicious traffic. A WAF does so by filtering server access requests using guidelines set to identify the signs of DDoS tools.

Blackhole routing is essentially an emergency tactic. When activated without restriction, both normal and harmful traffic are pushed toward a null route, dropping them both from the network. This method should be used as a last resort because it makes the network inaccessible.

This tactic can take attack traffic and spread it across multiple servers, called an Anycast network, which leads to traffic being absorbed at multiple endpoints. This prevents the target of a DDoS attack from being overwhelmed with traffic.

The problem with an Anycast network diffusion strategy is the need for a massive network to execute. If there aren’t enough endpoints to redirect traffic to the network could be overwhelmed by the influx of traffic anyway.

Beyond identifying when a DDoS attack is happening, there are ways to prevent DDoS attacks from affecting your network. It all begins with rock-solid protection. Managed DDoS protection is one such solution.

Managed DDoS protection involves a third party who constantly monitors the traffic going in and out of your network. Usually, the third party is a team of experts trained to identify the signs of a DDoS attack, using the data they gather to prevent any damage to your operations.

Using managed DDoS protection means you and your team can work without having to worry about the possibility of your work or your services being interrupted. If you run into any issues, they can easily be reported to the team for a quick resolution.

Are you ready for digital transformation?

Interested in learning more about how our Managed DDoS protection service can meet the security needs of your business? Go to Managed DDoS Protection.